West Lake’s operations are focused in the Provost medium oil region and the Lloydminster heavy oil region, which contain over 90% of the Corporation’s production. 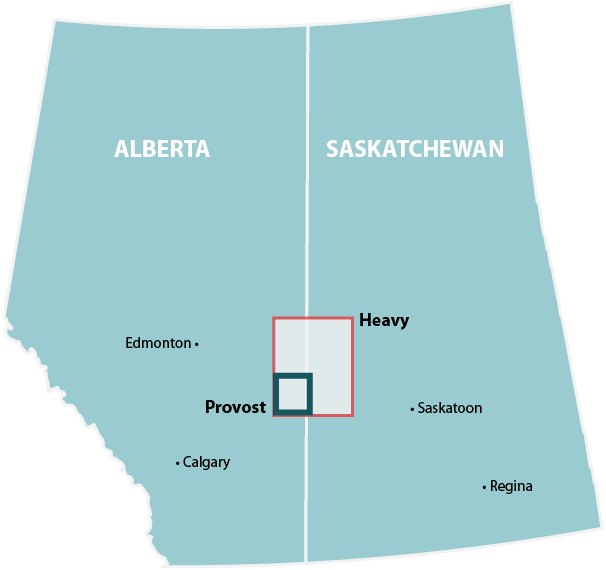